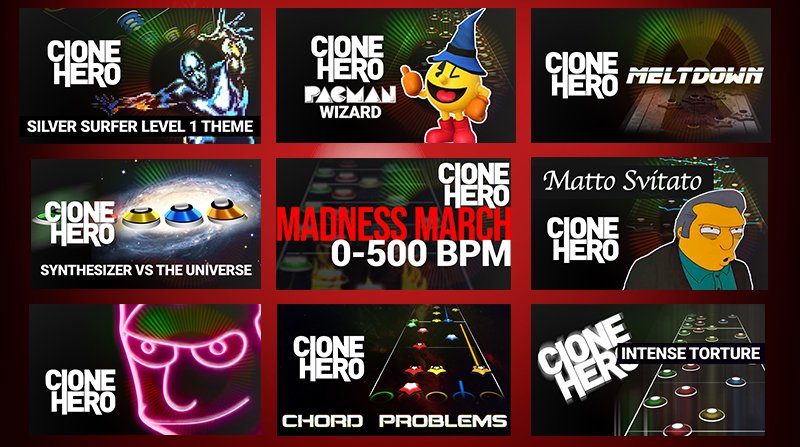 Each song features multiple charts and will be accessible to players of all skill ranges. The new charts for Pacman Wizard and Silver Surfer Theme have been turned up to 11 on the difficulty scale so good luck to anyone going for those FCs. Silver Surfer Super Sweeps courtesy of the maniacs on Twitter asking me to make it all strums.

This is part of project: Bleep Bloop. I am re-releasing new Clone Hero Charts for all of my songs and releasing many new songs and remixes for older songs.