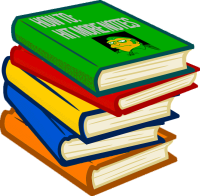 The Clone Hero / Guitar Hero community has invented it’s own language. Here are all of the technical terms used and their meaning.

Anchoring in Clone Hero / Guitar Hero is keeping a lower fret held down while playing a higher note.

Alternating between right hand and left hand to hit a repeating pattern. For instance alternating the hand used to hit the highest note of a trill.

A method where the lowest fret is anchored and four fingers are used on the tapping hand to slide back and forth over the higher frets. If you space your fingers to find a balance between buttons being pressed and no button being pressed, this can result in a very high number of inputs allowing fast sections to be hit. See a tutorial here (uploaded by CarneyJared).

What does FC mean? In Clone Hero & Guitar Hero FC stands for “Full Combo”. What does full combo stand for? To hold a combo throughout an entire song without breaking it, getting the maximum possible note streak for that song. Strumming and breaking the combo after the final note in a song is still a full combo.

In addition tapped notes will be expressed in brackets, again using 1-4 to express index to pinky on the right hand. See this example for more info.

Ghosting in Clone Hero / Guitar Hero is fretting a note that is not required – for example, hitting a sequence of GRY O ascending notes by fretting GRY B O.

The framing in which all of the note chart is displayed.

The hit window in Clone Hero / Guitar Hero is the window in which you must fret and strum the notes. If you strum outside of this window and fret the wrong note, you will miss and break your note streak.

Hyperspeed is a track scroll speed modification ranging from level 1 (slowest) to level 5 (fastest). Most advanced players find it easier to play with hyperspeed than without because it allows them to read and react to complicated patterns better. Is hyperspeed a cheat? No. Although it is found in the cheats menu within the Guitar Hero games, it does not affect the gameplay mechanics and for this reason hyperspeed in Clone Hero / Guitar Hero is not considered a cheat.

A technique for very fast trill sections. The fingers in the tapping hand are made into a claw-like shape and then brushed up and down across the higher fret, resulting in a high number of inputs. See a tutorial here (uploaded by CarneyJared).

The number of notes you have successfully hit in a row without breaking combo.

Where a chart features more notes than can be heard, or a more complicated pattern than is necessary. Opposite to “underchart”.

To overstrum in Clone Hero / Guitar Hero is to strum whilst fretting the wrong note or no notes. This causes the note streak to break.

A derogatory term used to describe a Clone Hero player who is more proficient at fast tapping and spamming than hitting sections that require more technical skills.

Having seen a chart but never played it. The first play is considered a “play-read” under these circumstances.

To Full Combo a song for a second time.

Short for “Quadruplets”. Any recurring pattern of four notes, ascending or descending.

Short for “Quintuplets”. Any recurring pattern of five notes i.e. GRYBO or OBYRG.

Advanced strumming technique effectively hitting the strumbar multiple times on the downward/upward motion. You can find a tutorial for this technique here by 0000DDD.

Playing a chart for the first time without having seen it before.

A technique where you use a single finger to tap two or more notes by sliding over them quickly and following the motion with a second/third/forth finger to do the same, resulting in some insanely quick tapping capabilities. Easier with low latency high poll rate guitars (Wii guitar and raphnet adaptor)/high framerates.

Fretting / tapping / strumming quicker and more than required in order to abuse the hit window to hit more notes or FC a section.

The hit window on the highway in which you should fret or strum a note when it passes.

Aka ‘alt elbow strumming’. A technique where you use a part of your elbow to strum freeing your tapping hand. Can be used on sections which require high speed tapping and strumming, and making some transitions easier. See a tutorial here (uploaded by Ghostforce).

To full combo all sections within a single track. Sometimes players will upload a song tech FC where the sections are grouped in as few parts as possible. For example if someone FCd the first and second half separately, they might call it a ‘two part tech FC’. Tech FCs do not account for transitions, which are sometimes the hardest part of the song! For example, the transitions in and out of the ‘tripped verse’ section in Soulless 6 require transitioning between fast strumming and tapping sequences.

The act of very quickly transitioning between tapping and strumming sections. Necessary to FC sequences where a quick elbow strum isn’t enough!

The amount of time allowed in which a note may be hit.

In music theory, a triplet is a group of three notes played in the time of two. In the guitar hero universe triplets are basically ANY recurring pattern of 3 notes. Ignorant bast**ds.

Where a chart features less notes than is heard or a more simple pattern in order for a section to be easier to hit. This is the opposite to “overchart”.